Piaget’s Ideas
Jean Piaget’s ideas regarding how a child develops has had an enormous influence on our views upon babies and children. Piaget (1896-1980) was a biologist and developmental psychologist and research have proved some of his initial ideas regarding developmental stages to be too rigid.
Nevertheless, Piaget’s views upon children and development are interesting. They provide you with several ideas about how to look and study your own child’s ways of interacting and learning about the world.
Constructing the World
Piaget believed that children construct their own knowledge, and that every child follows the same developmental stages. Piaget suggested four different developmental stages –
Development of Thinking
Piaget was interested in the development of thinking, and he acknowledged the importance of emotions. But his theory does not describe the emotional development. However, this should not be taken as sign that Piaget did not consider it important.
Genes and the environment are working together to influence development. The starting point is basic actions called sensorimotor schemes, and the baby build on this foundation through interacting with the environment. As a child matures or grows up, his capacity to understand the world increases. According to Piaget, a child cannot solve a task until he is psychologically mature enough. Development is not a smooth process, or a continuous process, instead there are certain critical points where a new insight or capability to understand the world matures. A child has to overcome limits of the previous stage to solve the task of the next stage. There are cognitive barriers that a child has to pass through and new abilities needs to be acquired. A genuine qualitative shift.
Research has suggested that children can solve Piagetian tasks at an earlier stage and this indicates that cognitive abilities may develop gradually. Piaget, as a biologist, was influenced by Darwin’s theory of evolution. Piaget saw the development of intelligence as an adaptation. Thus, the social aspect of development was not a priority and the role of teachers and influences of the environment is not studied or included in his theory.
Sensorimotor – Birth -2 years
The word “sensori “ means that it has to do with senses, and “motor” has to do with motor abilities such as hands and actions. This period is characterised by an enormous development that may be overlooked since a baby cannot verbally describe his thoughts and actions.
During the last decades, this period has attracted researchers’ attention. Several new ideas related to both reflexes and what an infant can do has been suggested.
Newborn – 2 months
The first six to eight week an infant explores the world by co-ordination of action through reflexive behaviours. Explore the world mainly by using sucking, looking, listening, and grasping.
The flexing of the fingers when something tickles the palm develops during the first weeks to an intentional grasping.
If you place your finger into your baby’s open palm, he will grasp it and the grip will get stronger if you try to pull away.
This video from the YouTube shows a baby looking away.
2-4 months
You can watch a baby opening and losing their fingers over and over again. Like a little gymnast practicing an action.
4-8 months
You can watch a baby intentionally grasp in the air for a mobile that is hanging above the bed. Babies often use their feet to kick the mobile. A four-month old baby may start to slap his hands in the water when he is having a bath. And he may start to wave a little rattle or other small toys in his hands. A couple of weeks later, the baby has a firm grip and can hold a small toy in his hand.

8-12 months
12-18 months
Babies are fascinated by things when they can change the outcome. The love toys and they are continually experimenting with new behaviour.
Instead of walking towards a toy may try to pull a blanket towards him to get a toy that is placed on it. A toddler may try to gets his parents’ attention by trying different sounds and actions. 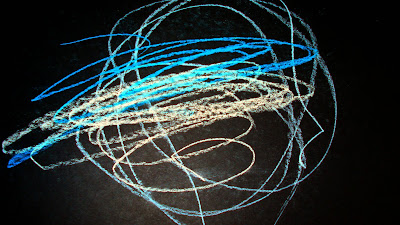