Newborn babies are fascinated by edges and stripes.  If you look carefully at your newborn, you will see that he carefully examines the corners in the ceiling. A striped T-shirt or mobile will also catch their attention.

A newborn baby has had some visual stimulation in the womb but at birth their vision is not fully developed.

During their first year, your baby’s brain is developing  and the ability to co-ordinate images and remember what they have seen develops.

You can show a baby a picture and study whether they look at the picture.

It is important for a baby to organise the world into different objects.  And seeing where one object begins and ends is vital. This may seem like an easy thing to learn. But it is complex process and only recently has the development  of computer vision system begun to make real progress.

Babies are fascinated with contrasts but only certain kind of contrast. Since their vision is not fully developed, a complex and detailed pattern will not grab their attention. A checkerboard with small squares can look like a dark blob to a baby.

By providing a wide range of visual stimulation, you can increase curiosity and catch your baby’s attention. Although, a newborn may be fascinated by patterns and stripes, they can also see other things. So a bright coloured toy with stripes or checkerboards is nice. But there are many mobiles and toys that can provide visual stimulation. 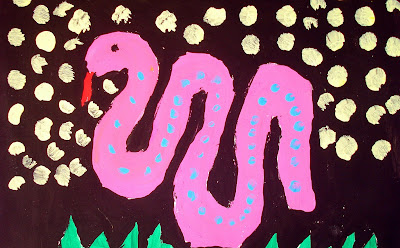 One Reply to “Newborn’s Vision and Complex Patterns”